The treaties did not restore peace throughout Europe. However, they did create a basis for national self-determination.. Moreover and very important, they put an end to the religious wars. The Catholic and Protestant churches also concluded such thing as peace with science, which henceforth was recognized as a way to seek God. In addition, the European royal courts set up scientific academies and thus ensured the quality and continuity of research.

Moreover, it did settle many outstanding European issues of the time. The principles developed at Westphalia, especially those relating to respecting the boundaries of sovereign states and non-interference in their domestic affairs, became central to the world order that developed over the following centuries and has remained in effect to this day (2016).
A norm was established against interference in another state's domestic affairs. As European influence spread across the globe, these Westphalian principles - especially the concept of sovereign states - became central to international law and to the prevailing world order.

But in addition, such a thing as European 'character' was involved. Up to that time there were made scientific advances in other parts of the world, such as in China and the Islamic world, but the giant leaps that were made In Europe were there probably impossible. In the Islamic world, especially for religious reasons; China however, obviously lacked curiosity and the will to persevere.

But something else should be noted why precisely in Europe much more progress could be made in many areas, especially from the period that came to be known as the Enlightenment: In comparison to other parts of the world especially in Europe, Christianity gained solid ground and therefore could wield a strong influence on the way of life of its citizens. As a result in Europe Christianity reached by far its greatest, unprecedented extent: practically the whole continent was 'Christianized', as they say.

And although at the same time - as is also recognized by many - there was (is) a lot of 'name Christianity’, to identify best with ‘Christendom’, the sound principles on which Christian faith is founded over time was practiced on a large scale. This of course referring to the incentives that encourage diligence, virtue, righteousness, delivering honest work, chastity in marriage. In short moral virtues that widely came to the attention of European peoples through Bible distribution and Bible clarification.
Compare Jeshua’s parable of THE WHEAT AND THE WEEDS.

Previously, Europe was also been immersed in heathenism.
In that atmosphere the people generally served a pantheon of idols that often incited their worshipers to the most horrendous acts.
In the years Fifty of the First century, the apostle Paul signalled the prevailing idolatry among the nations:

Look at Yisrael after the flesh: Are not those who eat of the offerings sharers in the altar? What then do I say? That an idol is of any value? Or that which is offered to idols is of any value? No, but what the Gentiles offer they offer to demons and not to Elohim, and I do not wish you to become sharers with demons.
(One Corinth, chapter 10)

Here, the apostle did not describe a situation which existed among distant nations, but rather the dominant religious practice inside the then Europe. When Paul shortly before temporarily stayed in Athens his spirit was aroused by the fact that the city was full of idols (Acts 17:16).
But by the founding of Christian communities among the common people Bible teaching started gradually by which they were turned from their idols to God. And little by little, with good results, they mirrored the life that the Messiah himself had lived.

It is interesting to note that in connection therewith plentiful pithy sayings arose among the people, proverbs that encouraged a positive attitude and exemplary behaviour. We are acquainted with them:
-        Go to the ant, you lazy one! See her ways and be wise, taken from Proverbs 6:6.
-        Don’t put your light under a basket (Matthew 5:15);
-        First remove the rafter from your own eye (Matthew 7:5);
and countless others.

For Bible Students in this context the following is even more interesting.
As is well known, it can be assumed that all humanity descended from the three sons of Noah: Shem, Ham and Japheth. But some time after the Flood, Noah uttered a striking prophecy about those sons, a prediction that would reach very far in time:

Cursed be Canaan [a descendant of Ham], let him become a servant of servants to his brothers. And he added: Blessed be YHWH, Shem’s Elohim, and let Canaan become his servant. Let Elohim enlarge Japheth, and let him dwell in the tents of Shem.
(Genesis 9)

Noah here blessed YHWH as Shem's Elohim, the Covenant-God of Israel. Consequently, from the lineage of Shem came forth the first Congregation: the people of Israel. But over time Japheth would dwell in the tents of Shem, accordingly in close connection with the Shem-congregation.

Now, the nations that in world history witnessed the largest expansion concerning territory, descended from Japheth. To this end, the Greeks and Romans can be counted and all the nations that emerged from the Roman world power, the European nations. From the table of the nations listed in Genesis, chapter 10, it can be inferred that the descendants of Japheth proceeded to inhabit the European continent.

But how would the Japhethites come to dwell in the tents of Shem?
That fact was realized by the foundation of the second Congregation in Biblical history: the Christian Congregation, also designated as Yeshua’s Congregational Body of which he himself is the Head: And He [YHWH Elohim] subjected all things under his feet and gave him Head over all things relating to the Congregation which is his Body, the fullness of him who fills up all things in all (Ephesians 1:23).

However, the Holy Greek Scriptures show that already at an early stage the Gospel was focussed on Europe through the preaching of the apostle Paul (Shaul of the tribe Benjamin) and those who were with him. One can read the book of Acts on it, in particular from 16:9 >>

In the night a vision appeared to Shaul: A man of Makedonia was standing, begging him and saying, “Come over to Makedonia and help us.”

Soon therefore Christian communities arose in Philippi, Thessalonica, Corinth, Rome. It is nevertheless true that Christianity had its roots in Judaism. Again in his Letter to the Ephesians, Shaul would write that we, Christians, originating from Heathendom, were once far off:

Therefore remember that you, once Gentiles in the flesh, who are called ‘the uncircumcision’ by what is called ‘the circumcision’ made in the flesh by hands, that at that time you were without Messiah, excluded from the citizenship of Yisrael and strangers to the covenants of promise, having no expectation and without Elohim in the world. But now in Messiah Yeshua you who once were far off have come to be near in the blood of the Messiah. For he himself is our peace, he who made both [the two congregations] one.
(Eph 2:12-14).

When Elohim drew us, Gentiles, as well to his Son, we found that we who were once far off, were also allowed to come near on the basis of faith in the sacrificial blood of Elohim's Messiah Jeshua, completely in accordance with Yeshua’s own assurance, uttered when he was still amidst the Jewish people: No one can come to me unless the Father, who sent me, draws him (John 6:44)

Consequently, Shaul concludes: So you [Christian believers out of the Gentiles] are no longer strangers and alien residents, but fellow citizens of the holy ones [Jewish believers] and members of the household of God (Eph 2:19).
Thus the Christians, descendents of Japheth, started dwelling in the tents of Shem.

Conclusion:
The larger flight which could make the remarkable progress in Europe, is not at all by accident.
From the days of Noah the Almighty already foresaw that over time things would proceed in that direction. And a lot of Europeans have shared in those fruits, even those who did not actively practice Christianity.

However, what can we say about the current Japheth-Europe, the Japhetic continent that ever, according to Noah's prophecy, befell so much divine favour?
Now, summer 2016 AD, Europe seems to be immersed in a crisis of unprecedented proportions. And why?
It is not possible to ignore what has happened in this continent through the centuries, especially during World War II with its climax the horrible Holocaust, when six million Jews were murdered.

We are now living seventy years after the end of that slaughter, and consequently also 70 years after the end of that terrible crime. And it is really inconceivable that the German nation, together with the other Jewish enemies in Europe, could escape God's judgment of wrath. In many passages ofScripture the restoration of God's people Israel (Jacob) in their own country is announced. The oldest we find in Devarim (Deuteronomy) 30.
After Elohim in the preceding chapters had announced repeatedly that Israel would face severe hardship in the Diaspora, his representative Mosjehfortunately could also provide a comforting announcement:


and take careful notice of the Study God’s wrath 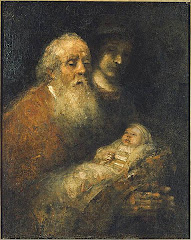